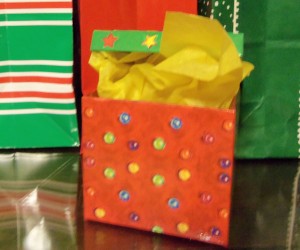 When we long for life without difficulties, remind us that oaks grow strong in contrary winds and diamonds are made under pressure. Peter Marshall

Some day’s difficulties, well, they can just tear us down. While I often am the first to want to deny that I’m really spent and all washed up, I think these are the times I have the greatest opportunity of growth in faith and dependence on God – the One who knows all.

Recently I’ve had a number of health issues. I’ve been miraculously stable as a quadriplegic for so many years…this stability has been challenged by some nagging, so far undiagnosed, persistent, GI issues. The diagnosis is complicated by my mobility issues. Test after test reveal the same wonderful news, ‘No problems’, the medical professionals report, with their upbeat voices. My heart is conflicted as I’m grateful nothing ‘terrible‘ is discovered and I realize many people face challenging reports about their health, and family members’ health every day. In the past two days I learned about an 8th grade cheerleader who lost her leg, a young dad who had brain cancer and passed on, a friend’s dog who has terminal cancer, and a 56 year old Steve Jobs who lost his life due to complications from pancreatic cancer.

… it seems selfish, but I desperately want answers for my issues.

My personal scenario sparks an area of growth for me. It is an opportunity to hunker down in prayer, not only for myself, but for so many others who have serious and pressing issues far greater than I can imagine. It’s an opportunity to realize that hardships give birth to new things – fresh new things – which can often bring greater significance to our lives. I have a related favorite verse that I’ve held onto in recent months that I’ll share tomorrow, but for now, I’ll leave you with a little ‘faith’ challenge to think on in your time of need – let’s face it, we all have the tough times in our lives…

…Let us then approach the throne of grace with confidence, so that we may receive mercy and find grace to help us in our time of need. Hebrews 4:16