Tahoe became my awesome helper and part of our family in March 2008 when he was a year and a half old. We didn’t get to enjoy Tahoe’s puppy stage, but were blessed with a fully trained dog.

The girls interacted with Tahoe and watched a video that showed the facility where he (and my former helper, Murray) grew up and were trained. The video brought smiles as well as tears when it showed frolicking puppies and adult dogs loving life with their new recipient-partners.  Seeing the video reminded me that we have NO puppy pictures of Tahoe! No, not even one, but Canine Assistants rescues the photo void with multitudes of puppy photos.

Talk about precious….Tahoe was from a litter of nine pups. Each litter is given a theme for ‘names’ like Carribean Islands, Trees, Cars, Cheeses, Dances… and on and on.  All the pups are named according to the theme. 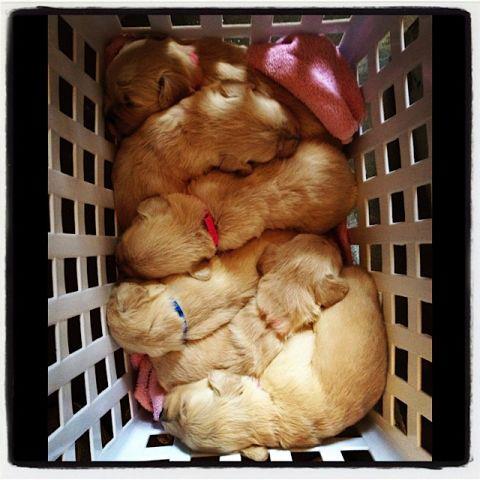 These pups are comfy in a basket.  Tahoe came from the ‘car’ litter – I’m glad he wasn’t named ‘Rover’! 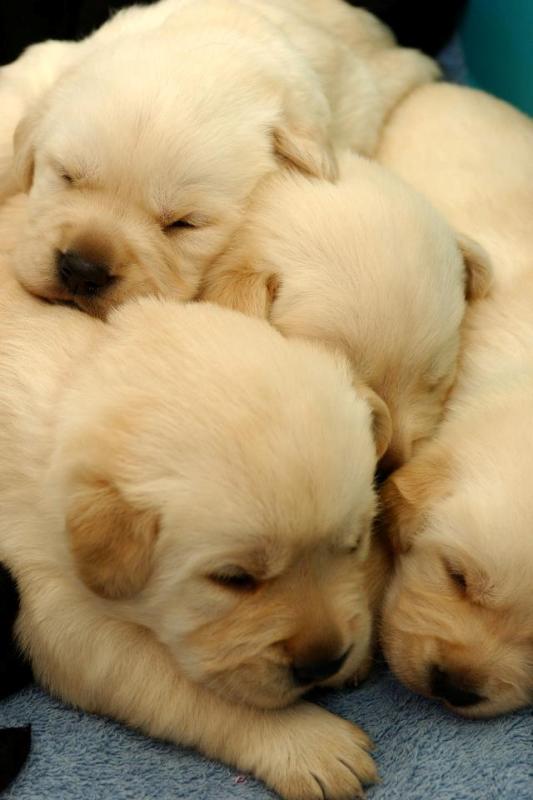 Puppies begin working with human trainers when they are just days old.  All the snuggling with their litter makes affectionate adult dogs. 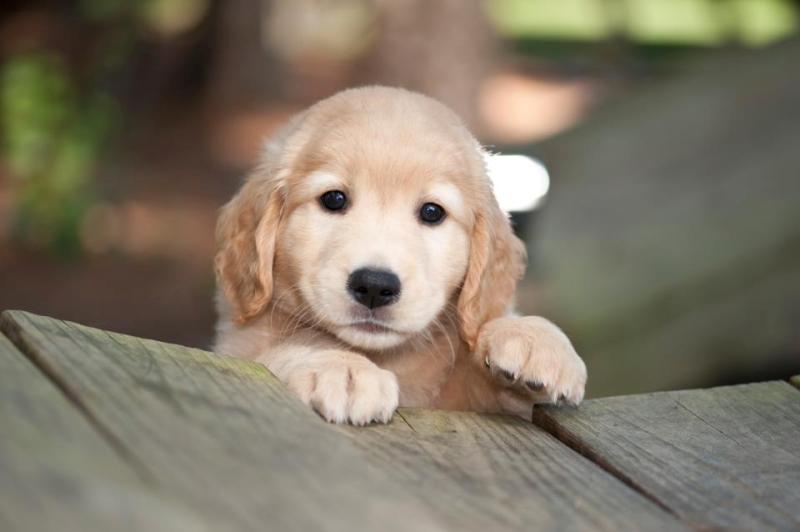 Obstacle courses improve their agility and familiarity with different environments and maneuvers. 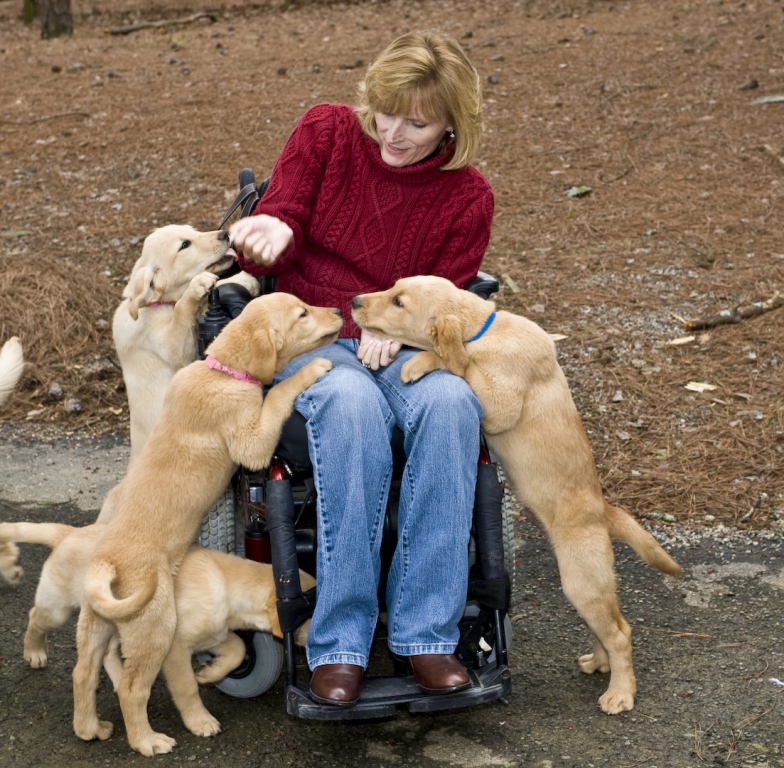 The pups interact with many people and become comfortable with wheelchairs early in their lives. People often say their canine assistant makes their wheelchair ‘disappear’ as the dog’s smiling face and wagging tail invites others to interact with the recipient. 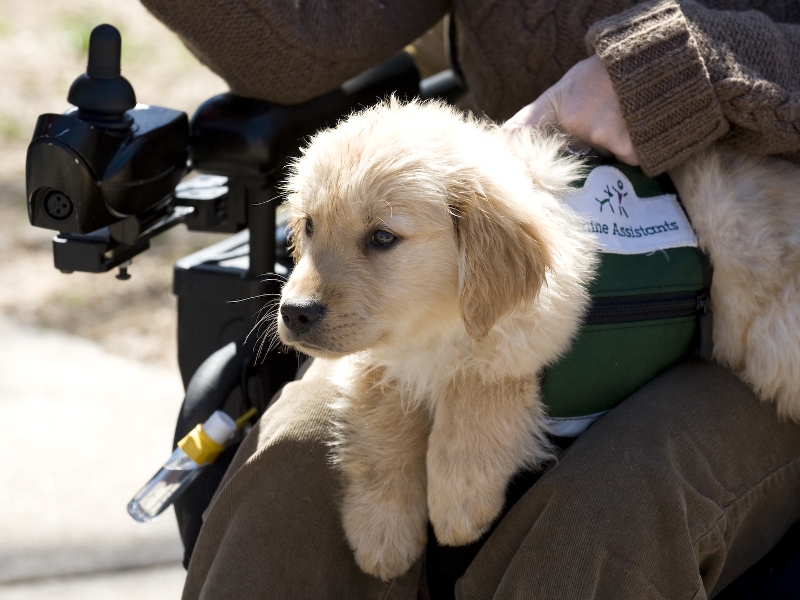 To acclimate to wearing a vest, miniature versions are worn and are used during training outings in public. 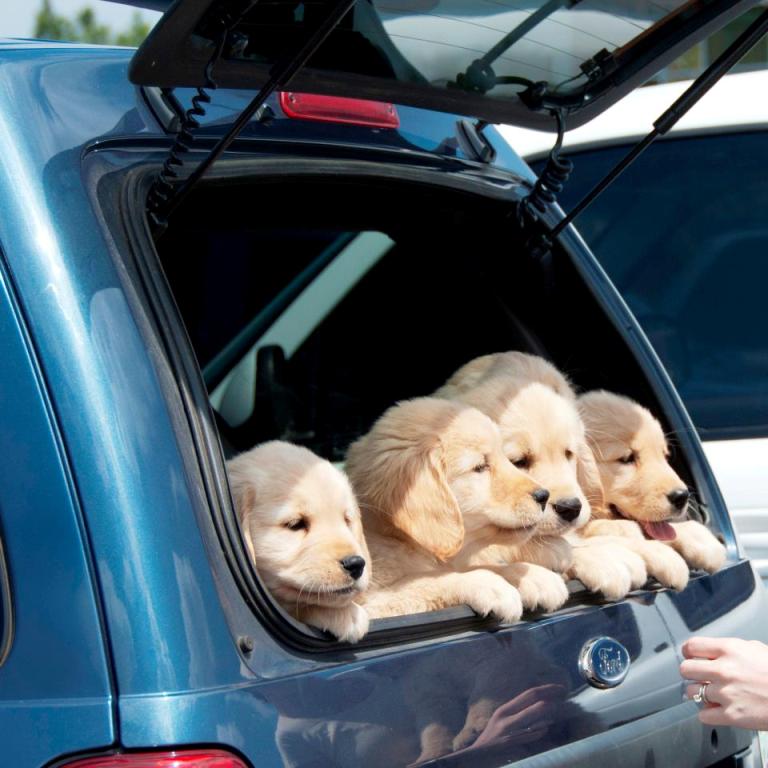 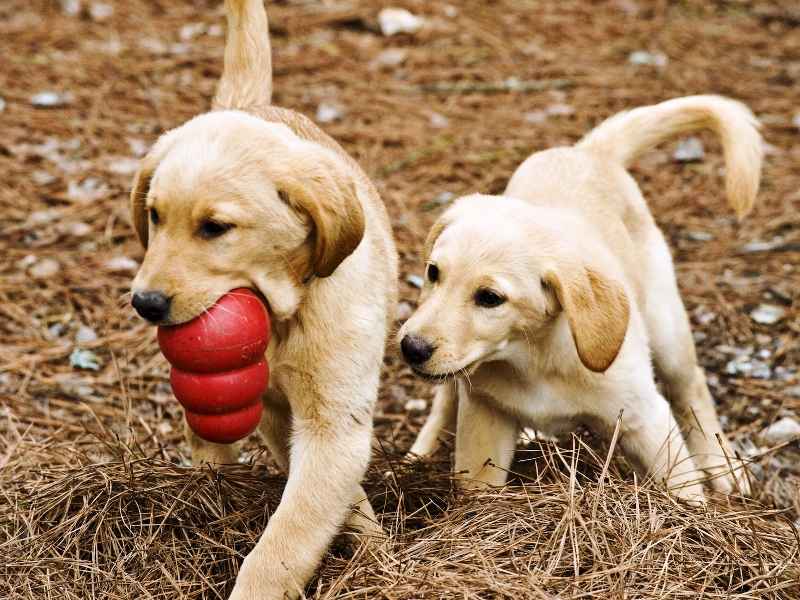 Kongs are the favorite toy for all, especially my Tahoe…There are over 100 puppies in training all the time!  These puppies were nine weeks old and were named after animated characters like Shrek and Fiona. 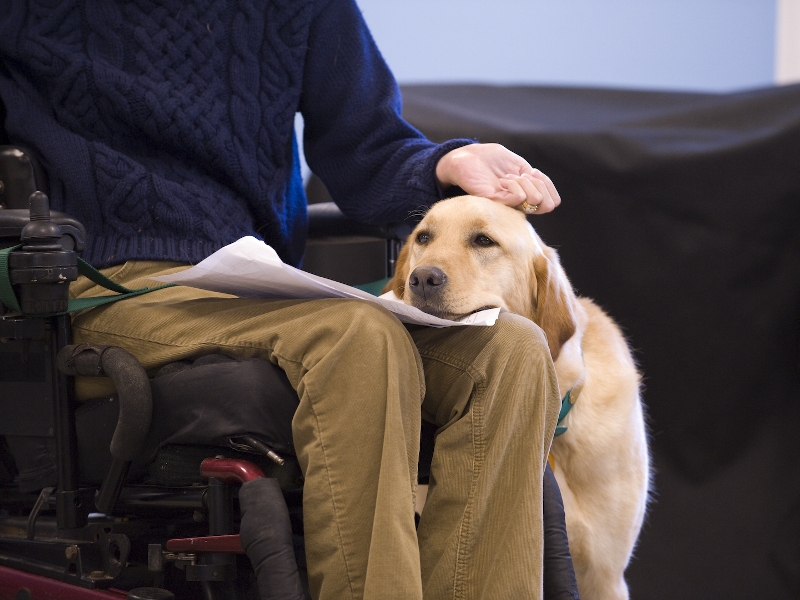 We spent two weeks in training camp learning commands, taking classes and tests and working with the dogs and trainers.  Matching dogs with recipients is made easy as individual dogs and humans naturally gravitate to their partners.  This was the second day I met Tahoe…I’m thinking we are a good team. 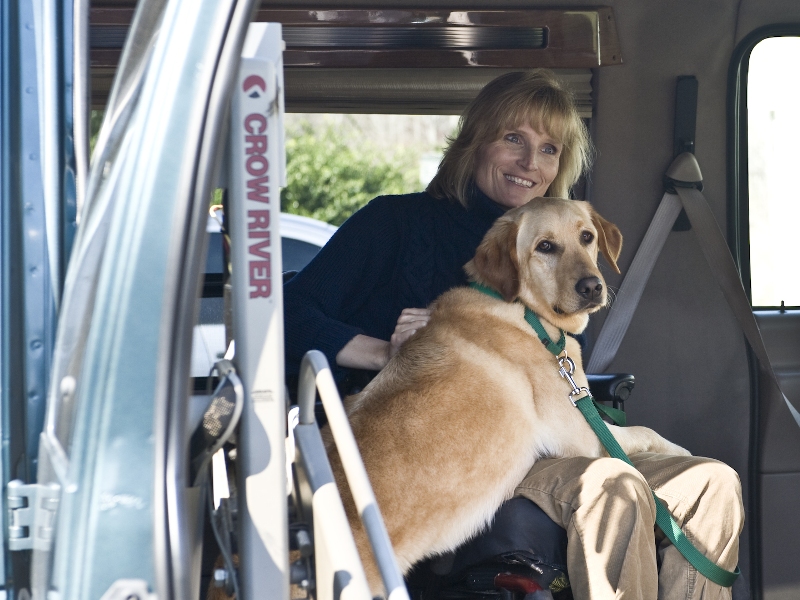 On this cool day in early March, 2008, we got in my van and haven’t missed a day together since!

I’m thankful for family during this Christmas season – and thankful for my precious (occasionally mischievous)  Tahoe!