A Car is Required

It was a warm day in early September. The sun was setting on my little yellow Toyota Corolla as I drove the winding roads through the Georgia foothills. I was an active 18 year old on my way to embrace my second year of college. My first year was full of academics, adventure and astronomy as I worked part-time assisting in the planetarium. I looked forward to the leadership conference that would be held just prior to our new year.

There was a lot on my mind…my summer was spent basking in my love of the water as a life guard and swim instructor, as well as a hostess and waitress. In my spare time I chose to goof off and party a bit instead of staying focused on God as I had been for the prior few years. I needed to go back to school. I needed a ‘reset’ and boy did I get one!

Let’s step back a few weeks – Madge wanted a car. “What 18 year-old did not need a car?”. My parents thought it would be prudent if I went back to school without a car, but I disagreed and bought the functional, not so stylish, little vehicle. Sometimes we learn our lessons the hard way. Hindsight is always 20/20 – a new journey for me, my family and friends was about to begin. My unwise decision impacted me in a huge way, but I quickly learned that our choices impact others – family members, friends and classmates.  I’m not a parent, but I truly believe that my parents suffered more than I when they faced what was about to happen.

A Loss of Control

The slightly curvy road was more than my driving experience could handle that September evening. I ventured back and forth with both hands on the steering wheel and moved at a reasonable pace as dusk set in. My eyes were a little tired and I thought about stopping for a steaming cup of coffee before I continued on the more mountainous last hour of my ride. Then my vehicle moved near the yellow lines and I jerked the wheel to the right. “Oh my!”, I thought as the wheel was pulled to the left to compensate for the overcorrection to the right…and then again…right, left, right and left…and ‘BAM!’. The car tumbled on it’s left side and slid across the road onto the embankment on the right. 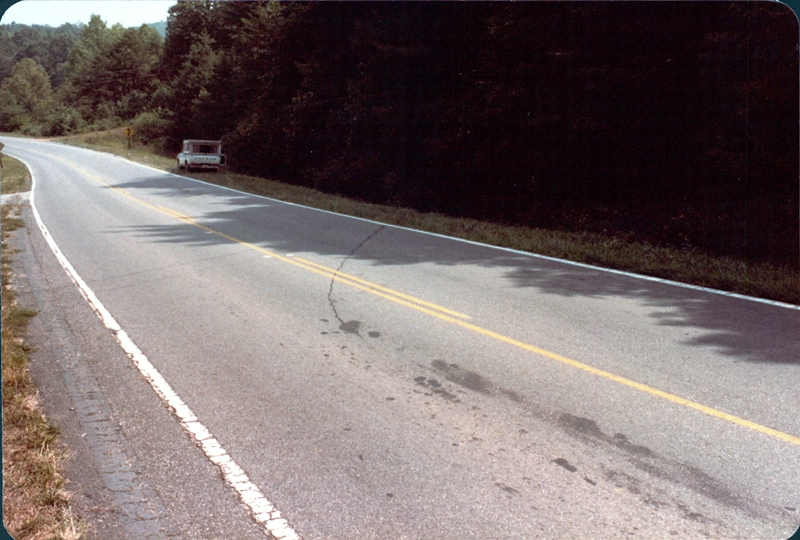 “Oh xvjt! I have wrecked my car! I’ll just get out and push the car upright and be on my way even if I have to flag someone down to help. I have insurance and can get any damage fixed.”, I reasoned. Can someone say stubborn and independent?

As I lay immobile, my legs felt like they were straight up in the air and a collection of cheap metal clothes hangers I had packed in the car with my ‘back to school’ items covered my face. I tried to move the hangers but could only turn my neck, which I did repeatedly. Note to self – when your neck is potentially damaged don’t move it. Still thinking, “I’m sure I can get help from someone and be on my way. If I need a doctor, I have my own insurance and can take care of it. Mom and Dad don’t even need to know and won’t have a chance to say we told you not to buy a car. Hmmm, let’s see, what shall I do since I obviously can’t just jump out of the car…” I shouted, “Help! Help!” what seemed to be a thousand times before realizing no one could hear my muffled voice as they drove. As minutes became hoursI knew I would likely die without help. If someone found me I was certain everything would be fine and had no fear of paralysis.

You see a little over a year before my accident my father had a collision in the blue VW bug he used to teach me to drive in the high school parking lot a couple of years earlier. His accident sent the beetle to its grave. Dad went to the emergency room, but they missed the fracture in his neck!  I distinctly recall how he suffered from extreme pain the summer before I left for my freshman year. Within a month of my departure dad refractured his neck while playing basketball and a quick trip to the ER revealed the potentially paralyzing injury. He immediately was put in traction and admitted for surgery. This operation was the same surgery I would have a year later, but I would not walk away from it like he did. 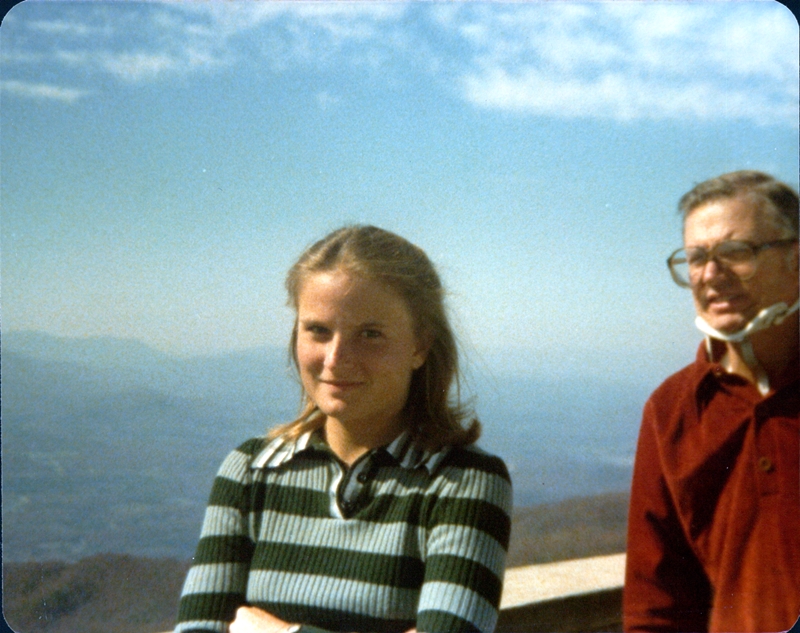 On a mountain overlook: Me and Dad and his temporary neck brace the year before I wore one.

Guess what?
Mom and Dad never said we told you so and….I wasn’t scared.  Here’s Part 2.